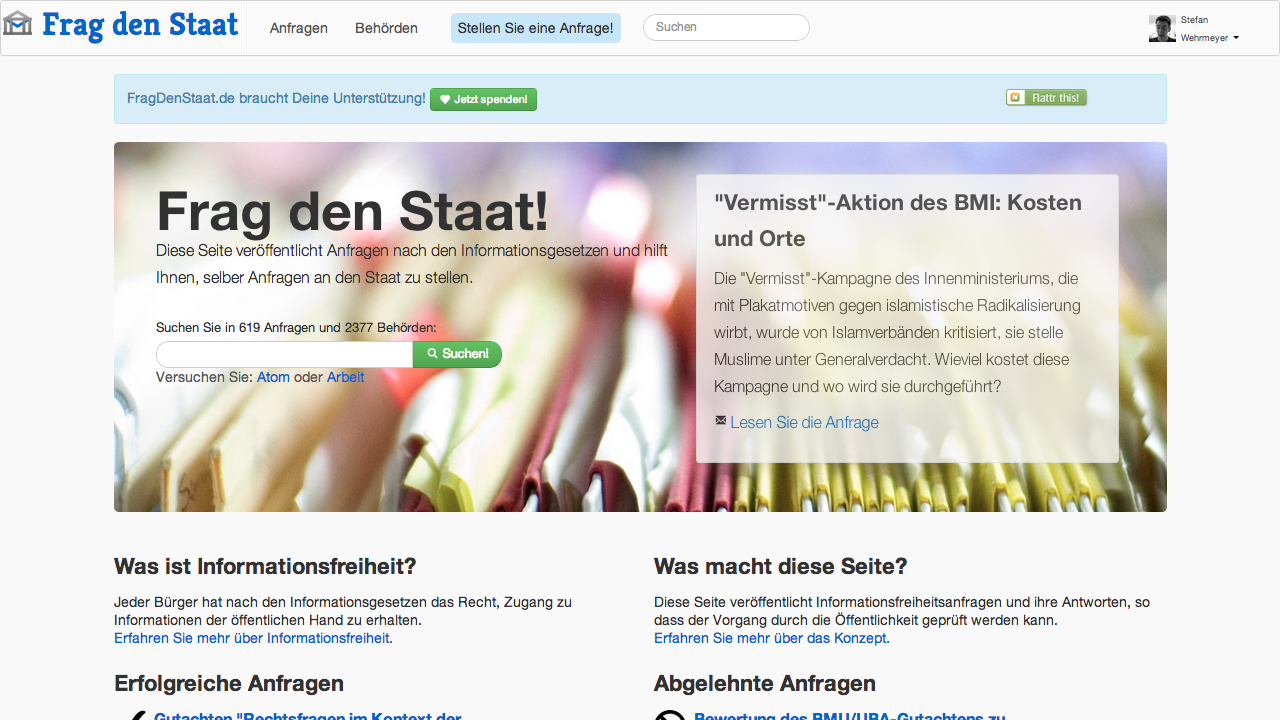 FragDenStaat.de makes requesting information from the government easier and documents the process online.

As part of the newly founded Open Knowledge Foundation Germany, we were discussing an FOI site similar to mysociety’s WhatDoTheyKnow.com. Unfortunately, we couldn’t acquire funding and at the time the WhatDoTheyKnow code was not suitable to use outside of the UK.

So I wrote my own FOI portal software called Froide that powers the German Freedom of Information portal FragDenStaat.de since August 2011.

I’ve been running FragDenStaat.de since then as project lead and have helped lots people get the information they wanted. FOI in Germany is still comparatively weak compared to the UK, but has seen a big rise in requests since the launch of FragDenStaat.de.

The software is Django-based, written in English and also powers the Austrian FOI portal.