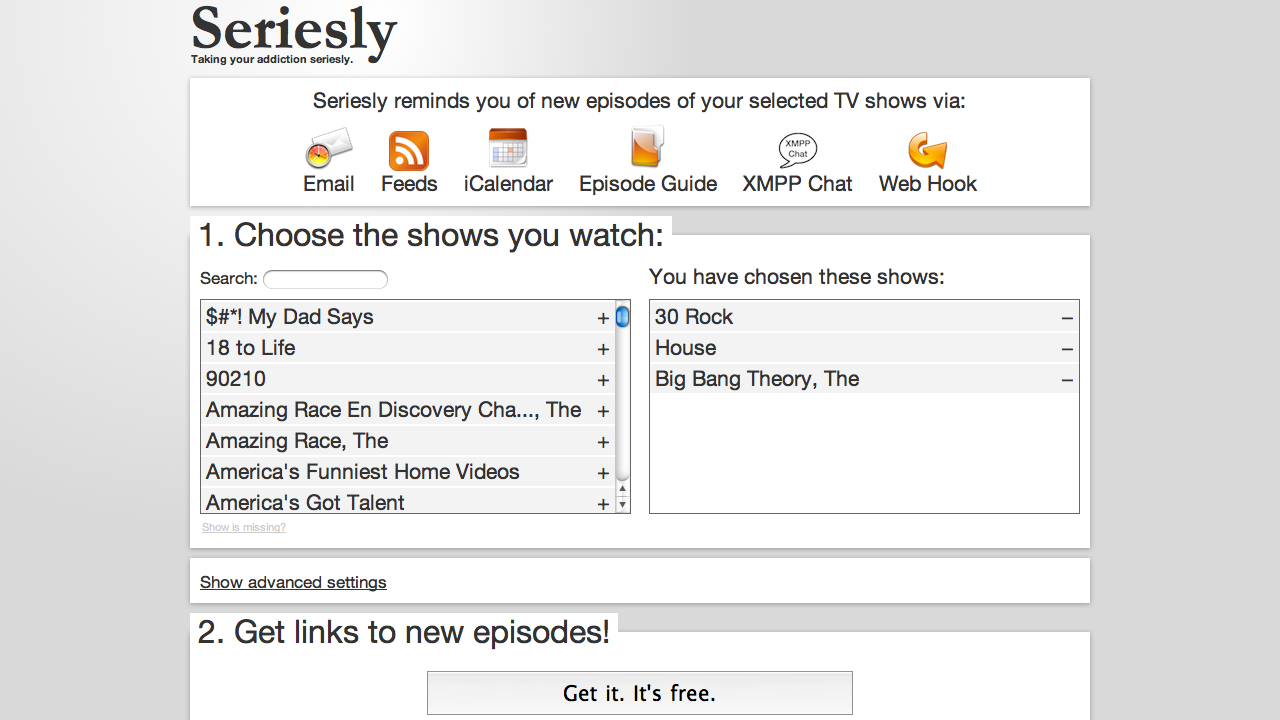 Seriesly tells you about new episodes of your favorite TV shows via email, feed, iCalendar, XMPP or Web Hook.

Seriesly is a personal TV show reminder that I launched in 2010. You can select American TV shows you want to follow and then choose to get notified when a new episode is out.

Written for Google AppEngine and time-adjusted for Europeans the site was a big success with many users and favorable press mentions. Everything was just dandy until some people found a legal problem with certain aspects of the site and I had to shut it down.

A relaunch of a reorganized site was stopped short by AppEngine’s new pricing scheme that made running the site with several thousand users not a viable option anymore. Instead I opensourced the software and made an easy guide for people to setup their own Seriesly on AppEngine.