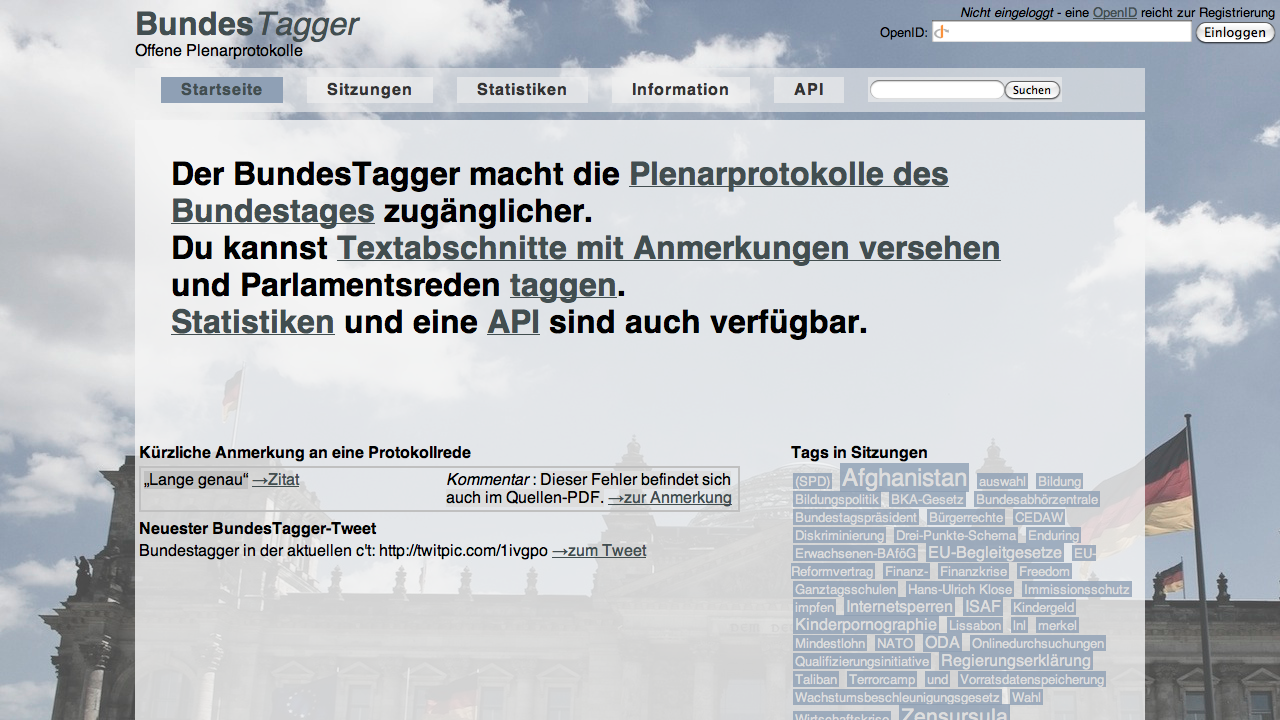 Bundestagger made debate protocols of the German Bundestag accessible

I spent parts of my 2009 summer traveling through Europe and by pure chance met mysociety’s Tony Bowden while couchsurfing in Estonia. He inspired me to tackle some of the problems in Germany that mysociety was solving in the UK.

In autumn 2009 I launched my first Open Government project called Bundestagger. I parsed the debate protocols of the German Bundestag from PDF into something structured and displayed them on a website. One could link to individual speeches, annotate speeches and see the corresponding video.

I published statistics from the debates on the website: the funniest/most controversial MP based on the number of laughter/interjections a speech got. These statistics made their way into Spiegel and from there into BILD where they were misread and made Wolfgang Thierse the „Loser of the Day“. Oh, well.

The project is still running along, but no longer maintained. Friedrich Lindenberg’s OffenesParlament.de can be considered its successor.